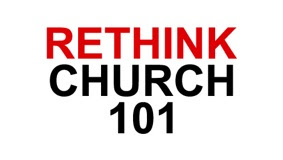 What if church wasn’t just a building, but thousands of doors? Each of them opening up to a different concept or experience of church – and a journey that could change our world. Would you come?

In May of this year, the United Methodist church launched a major new campaign called RETHINK CHURCH. The campaign aims to spark a global conversation around the rhetorical question, “What if church were a verb?”

Backed by a different sort of Church web-site 10Thousand doors demonstrates the diversity and vitality of Christian Discipleship which helps to shatter the illusion that Church is intended to be a one hour a week Sunday affair.

‘The grand hope is to spark a global conversation about what it means to live as a person of faith, a disciple of Jesus Christ, in the 21st century. If the campaign is successful, it will be the catalyst for a radical return to understanding of what the gospel means to us today.’

I want the Churches in which I minister to have access to the sort of global, dynamic creativity that can launch and resource such a campaign. Ministering in a Church which welcomes members from all over the world, from Korea to Ghana, South Africa to Sierra-Leone, Germany to Florida.. makes me long for a more global approach to the mission, ministry and discipleship of our Church which is more than being ‘in Partnership’ with fellow Christians.

Here in the UK we have valid contributions we can make which would be warmly welcomed and appreciated – especially by fellow Methodists in Europe and Eurasia. Our European Methodist theological stance provides an excellent counterpoint and potential corrective to important global debates in the wider Methodist family on how to respond in faith on issues such as human trafficking, terrorism, global warming, sexuality and economics.

We are already involved in so many exciting missional and educational projects in Europe thanks to the brilliant work of Colin Ride over the past several years.. but sadly few members in the British Methodist Church know anything of them.

I’m repeatedly baffled as to why the British Methodist Church doesn’t talk more openly and actively to METHODISTS about mission. I really want to know why we are not partners in THIS scheme instead of or in conjunction with Fresh Expressions?

Fresh expressions has just entered phase II – similarly RETHINK CHURCH is the second phase of the ‘Open hearts, Open Minds, Open Doors’ campaign of the UMC. I imagine, however, that it would be far more attractive to some of our under 35 year olds to participate in a project that was truly global in its intent instead of correctly ecumenical. Some will point out that Fresh Expressions is now Global – this is true, it has been taken up by the Anglican Communion Worldwide. But I guess that is a part of the problem for me.

I believe that there really are fundamental differences in the way that Methodists and Anglicans think about and DO mission and theology that it would detrimental for the Church to lose – especially if they were lost out of nothing more than ignorance or apathy.

So.. PLEASE can someone tell me why we are so reluctant to work with other members of the Methodist World-Wide Connexion – many of whom have already sent us ministers for our congregations and members for our Churches?

Is this a way in which WE can RETHINK CHURCH here…?

Posted by Angela Shier-Jones at 3:25 AM