another sleepless night, but thank you for the thoughts which have kept me company - I want to see if I can capture the essence of them here..

The gospel breeds dissidents - which should not be mistaken for malcontents so two definitions borrowed from Wikipedia before we go any further:

‘A dissident, broadly defined, is a person who actively challenges an established doctrine, policy, or institution’. Whereas, ‘the most important thing about the malcontent, is that he is malcontent—unhappy, unsettled, displeased with the world as he sees it—not at ease with the world of the play in which he finds himself, eager to change it somehow, or to dispute with it. He is an objective or quasi-objective voice that comments on the concerns of the play and comments as though he is somehow above or beyond them’

The difference between the two is important because the malcontent never leaves the world they are displeased with, why should they? they already believe themselves to be somehow above it, or separate from it. The dissident, however, if they really do dissent, is usually given no choice.

Jesus was not a Jewish malcontent, displeased with the people of Israel, disputing with its leaders, as though he were somehow above or beyond them – by choice, the word became flesh and Jesus ‘came to his own people’.

Jesus was a dissenter from the institutional religion of the day. He challenged its hypocrisy and grieved for its destiny, even whilst submitting to its authority. He dissented from the religious and political policies which promoted and tolerated injustice and exclusion by daring to touch the untouchables, converse openly with women about matters of faith, and socialize with tax collectors, prostitutes and sinners. And above all this, Jesus dissented from those doctrines that turned God’s gifts of law and grace into unholy, impossible demands, insisting that the Sabbath was made for humanity, and teaching that our sins are forgiven.

What he practiced, he also taught to his disciples. So, inspired by your Spirit, the early disciples also became Gospel dissidents, something the Acts of the Apostles delights in recounting. The extent of their dissent led ultimately to the separation of Christianity from Judaism. The story didn’t stop there of course. The gospel breeds dissidents not malcontents, but that doesn’t mean that the history of the world and the Church isn’t littered with the remnants of institutions, policies and doctrines which have been fractured or torn apart by dissent.

You have caused me to wonder, God, how Caiaphas felt as he watched everything he had tried to do to ensure the survival of Judaism in spite of Roman occupation, being undone by the passion and enthusiasm of a band of dissident Galileans.. 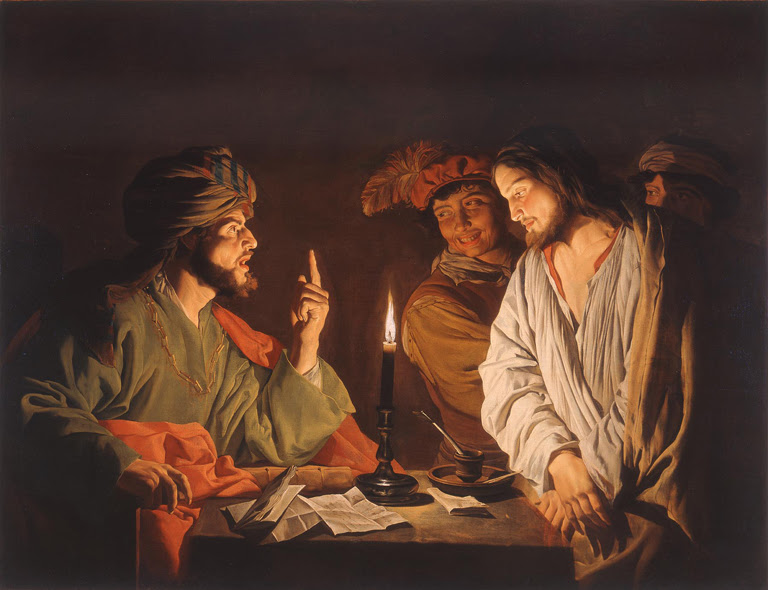 Caiaphas was a man of faith, doing what he believed to be right for your people, he studied your word, prayed and proclaimed your law.. tried to safeguard your people.. did he plead with you about these Galileans? And what of the Pope and the Bishops who called Luther to account at the Diet of Worms? Or the Anglican priests and Bishops who were so threatened by Wesley’s connexion of societies and his doctrine of grace? History seldom records the names of those who built the institutions, defended the policies and determine the doctrines dissented against, but behind the faceless ‘they’ are men and women who have, in all faith and sincerity, with full integrity committed their whole lives to those very things. And you hear their prayers too…

Which is I think, what makes Emergent Church, Venture FX, Pioneer ministry and Fresh Expressions of Church so crucial.

I think, what you might be trying to say God, is that this movement of your spirit may be a way of holding on to gospel dissidents – so that the whole body of Christ can be revitalized by their energy, passion and enthusiasm, instead of being shattered or hurt by it. If we have the courage, if we can actually hear the voice of dissent rather than silence it, and if we can allow it to be expressed in new forms of worship, proclamation, sacrament and ways of being Church then, maybe, both sets of prayers could be answered and the mixed economy Church become a reality.

Somehow we have to let go of our desperate insistence on that conformity which masquerades as unity and learn to trust instead on an interdependence of non-conformity which will allow us to truly celebrate our unity in diversity.

If we can find a way of NOT expelling the dissident voice, of not crucifying, ridiculing, imprisoning, ex-communicating or constructively dismissing those of our young people, ministers and preachers, teachers and leaders who dissent from our institutionalism, policies and doctrines, then we might actually begin to soar where your Spirit takes us..

Can we ever find a way of overcoming all that prevents us from hearing one another and working together, so that we could find a way of living with and perhaps even welcoming the genuinely dissident critique of the systems, structures, hierarchies and particularities which are precious to us?

That Lord, is the question which kept me awake all night.

I’m still praying for an answer.

Posted by Angela Shier-Jones at 6:11 AM